We call them Rao in Senegal, the diaspora refers to it as Senegalese twists or Vanilles in the Caribbean. Rao is not to confuse with the city of Rao in today’s Saint-Louis region in the north of Senegal. Even though the north and west regions seem to be the cradle of popular Senegalese hairstyles. Rao is also a hairstyle, a finger based technique that enables to twist to strands of hair or threads to create a regular waveform hairstyle adorned by Senegalese women. For centuries Senegalese women have had their hair crafted with hair extensions such as Yoss (black dyed vegetable fibres) to design all sorts of hairstyles. These fibre extensions have allowed them to create sophisticate wigs, postiches braided pieces. Most of the time, women would wear Raos to their necklines pulled off or away from the face and adorned golden, pearl jewelry with a headtie called ndioumbal or taggal (ancestors of modern moussor *1)

Fifiteen years ago I went to a hair salon in Brixton, London to have my hair done I did not know what to expect from the hairdresser as it was the first time I was meeting her. I wanted to get my hair twisted and the style I was familiar with was the Rao style very popular in Senegal and the US. As I was waiting for my hair stylist to finish up her breakfast, I start asking questions about her twist style. She then said “I don’t do it as most people do” and added “I don’t roll the two strands with fingers, I do it with my palms” Then my eyes just lit up and I started feeling really nervous and thinking “now girl, you are gonna get yourself into trouble! How come she is doing twists with her palms ?”  She looked at me with a reassuring smile and added “I am used to your reaction but don’t worry! …I am very quick at making twists. You will be absolutely fine!” Back then I must admit I was not sure about what would be the end result as many times, I was disappointed with twist styles I found in hair salons in Europe. Years after I met a Barbadian hairdresser in Tooting Beck who I trusted and wore her Vanille style for many years.

Eventually my “Twist” haidresser took less than four hours to get my big fro done which normally would take up to eigth hours. Her name was Fere and she was from Ethiopia. Her grand-mother used to weave rugs and to prepare cotton threads and twisted them with her palms. This is how Fere transferred her skills to hairstyling in London. Thinking back, my late great grandmother who was a native from Joal used to spin cotton at home. She also grew cotton plants in the garden in Dakar. Back then she also used her palms to roll or twist cotton threads loosely on a wooden stick. This rolling technique is the first stage  of spinning cotton which involves converting lightly compressed cotton flowers into uneven, smooth cotton threads.

Called falé in the wolof language, the hand spinning technique is known as nothie, a technique mainly done by women. The traditionnal cotton threads coils where used by weavers to weave cotton cloths before the arrival of modern imported threads used today by most weavers. The Rao or twist technique is still used today to design the famous senegalese hair twists or to give a nice finished edges to modern days pagnes tissés (woven fabrics)  also known as sëru Ndenk (heirloom wrap) or sëru Ndiago (wrap made by the Nidago weavers*2). This Rao style was applied to the Sër’s edges (wraps’ edges) known as guémigne, litterally mouth in the wolof language to get beautiful finishes to woven wraps. The main difference between the Senegalese twist technique is that both strands of hair or threads are tightly rolled on their own before a twisting movement, to overlay one strand on top of the other while keeping tightly the two strands along the process. By using one or both thumbs, the artisan twists firmly two strands while the forefinger and the middle finger, serve as supporting the twisting movement. This technique is essentially a finger based technique to craft hair, cotton. While this technique may sound simple and easy it is disappearing, many weavers tend to adopt today a free style for woven fabrics, leaving cotton or silk threads loose. Like spinning (nothie), tie-dyeing (thiub), wave-texturing (niagg), the Rao technique enables to improve the cloth finish and it also increases its resistance to laundering and wear.

Luckily, senegalese hairstylists have become the guardians of this technique, they have made the twist style popular abroad amongst the diaspora. Today when one searches  for “Senegalese twists” in google, hundreds of pictures pop up. The style is also called rope twists, vanilles and create good hair to hair cohesion and it is also said to be a protective hairstyle as it prevents hair from damage.

Throughout senegalese woven fabric history, cloths have been used to cover babies and the human body alive and after death. These cloths are meant to protect the body and also to celebrate humans. Today they are a source of innovation as they decorate living spaces, and have also become textile materials for the local and international fashion industry. The modern naming is pagne tissé and it has become an integral part of the textile production in the country with that comes textile arts and diverse functions to create home decor accents popular across the world. The Rao technique stresses the ability to seek out transferability and also how empirical experience can enable to see connections between materials exactly as Fere did with her rug empirical experience. Both Senegalese pagnes tissés and Senegalese hair twists use similar techniques ; they are interwoven heritage from cotton spinning to woven cloths and hairstyles. Craftspeople are not only guardians of their skills, they can become facilitators in transferring their knowledge, skills and handmade abilities. They provide empirical evidence which can be useful in the frugal innovation process in the local context.

*2 ethnic group living between Guinea Bissau and south of Senegal, known for their weaving techniques but mostly for the patterns introduced to Senegal 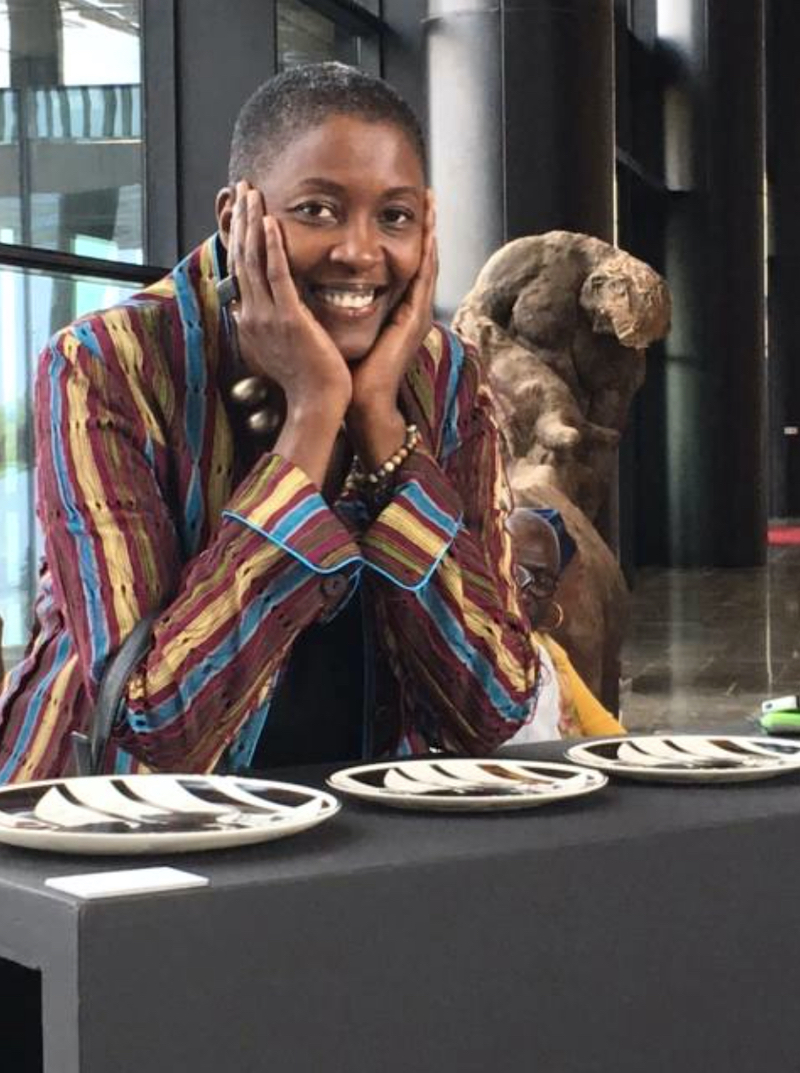